In certain major high impact fractures or in elderly patients or in patients having other medical complaints, the dose of Cap. Quicfrac may be extended for a longer period of time.

Cautions:
Cap. Quicfrac is not intended to be used in children, nor indicated for them. In rare case of severe fracture patients of age group, 12 to 14 years can take Cap. Quicfrac, only after consulting his/ her orthopedician.

Cap. Quicfrac is not intended nor indicated used during pregnancy & lactating women patients & hence must not be used for them as safety studies of these drugs in such patients are not available.

Cap. Quicfrac is a combination of 3 Ayurvedic drugs of plant/ herbal origin, namely Cissus quadrangularis 150mg, Mucuna prurience 50 mg & Withania somnifera 50mg each per capsule, intended to help all Adult Fracture Patients to help early & assured healing of their fractured bone/s.
Fracture is defined as a discontinuation in a bone tissue. Fracture is usually caused by any sort of an accident or an injury, having moderate to high impact on the bone, causing break or discontinuity of the bone.

Cissus quadrangularis is known to the mankind for centuries across the globe, for its fracture healing properties. Ancient Indian System of Medicine called ‘Ayurveda’ has identified this herb as well, for its fracture healing benefits. Ayurveda also recognizes its many other benefits to the mankind & is verified by the Modern Methods of Drug Evaluation in recent times.

Proper clinical trials of this herb were conducted at the Banaras Hindu University, Banaras, from 1962 to 1982.
In these studies, the drug Cissus quadrangularis is conclusively proven to have reduced fracture healing time by 30-40% in treated cases.

Reports are also available of the use of Cissus quadrangularis as a drug for fracture healing, from many countries worldwide.

Cap. Quicfrac combines Cissus quadrangularis with Mucuna prurience, a drug also known to help in fracture healing & that of Withania somnifera (Ashwagandha), which is a well-accepted tonic-tissue builder and an anxiolytic.

Cap. Quicfrac was launched in the city of Pune (INDIA), in September 2007 & later on in some parts of South Maharashtra and North Karnataka.

Caution: This product is not intended to be used in children below 14 years of age and in pregnant women or lactating mothers.

There are no reviews yet.

Be the first to review “Cap. Quicfrac” Cancel reply 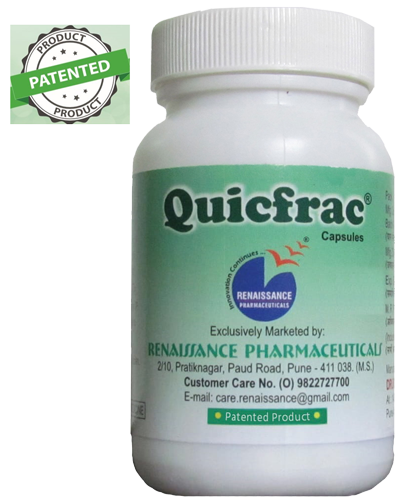 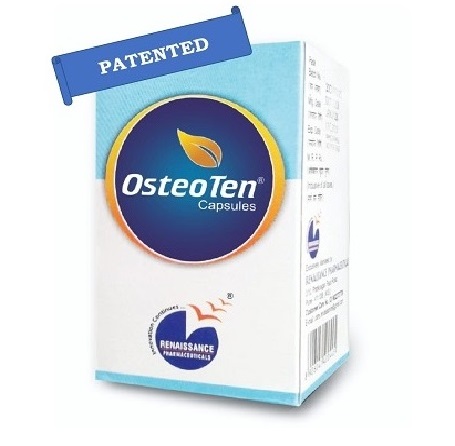 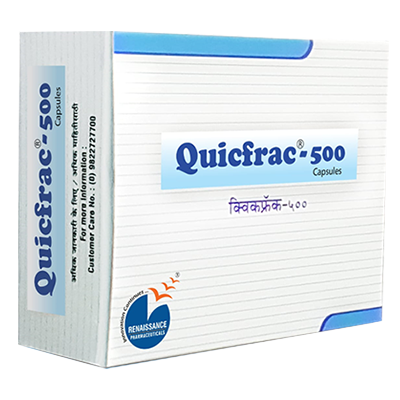